By Divakaran June 12, 2018
Kalyanaraman is a movie I really like and I have watched it countless times.  It is, of course, famous for its humour, which, however, is not the topic of this article.

In the movie, Jyothirmayi is a mute.  After various attempts, her marriage is fixed.  The groom, however, elopes the day before marriage with someone else.  The girl's father requests some of the relatives present at the wedding if one of their sons could marry her.  But, they were evidently uninterested and giving excuses.  In fact, they were trying to push it on to each other. Finally, they suggest that it is better to find another "disabled" person for her.  This infuriates him.  He says "It is better if she remains unmarried.  I will protect her till I am alive and after that God will".

It is understandable that under such situations one might get hurt and angry.  I do not find fault in that.  At the same time, I feel the same is true about the other party.  I agree unsolicited advice can often be avoided.  Here, however, the situation is quite different.  They had tried in multiple polite ways to decline the marriage proposal.

Now, observe the completely opposite portrayal of the same issue in another Dileep movie - Kunjikoonan.  In the movie, Dileep has a hunchback.  He has a strong desire to get married and goes to meet several girls.  One among them is a dwarf.  Within the hearing range of Dileep, the girl shouts "how can you consider marrying me off to a hunchback?  I would rather stay single for my entire life".  In this movie, the girl is ridiculed for being unable to see her disability. 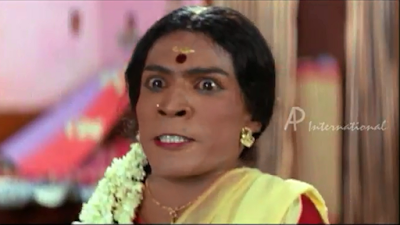 In yet another movie, Lobster, disability is used as a criterion for choosing partners.  Lobster is a weird movie.  It is a movie about a dystopian future where people who remain single beyond an age are sent to a special camp.  One has to find a partner within this camp in a stipulated time, or face a cruel end.  A satire on the societal pressure to find a partner.  In this movie, almost all characters in the camp choose a partner with a shared disability.  The director's intention behind such a portrayal is still unclear to me.  Is he saying, people with similar disabilities might better understand each other?  Is it a jab at people's criteria for choosing a partner?  We can only speculate.