Correlation is not causation

By Divakaran January 16, 2017
Humans tend to seek causal link between events that always or generally occur together.  "Correlation is not causation" or "correlation does not imply causation"  is a phrase in statistics or science, in general, to warn against this fallacy.  Even smart people tend to make this mistake.  Hence, this phrase has gained importance.

Due to its importance, people have come up with various examples illustrating the mistake.  Surprisingly, among all the examples I have seen, a movie dialogue did the best job, at least in my opinion.  This is a dialogue from one of the many brilliant comedy scenes from the Malayalam film Punjabi house.

In the film, one of the characters says "I do not eat chapati and hence I do not know Hindi".  Eating chapati and knowing Hindi is certainly correlated.  Chapati is predominantly a food of North India and Hindi is a language of North India.  However, as is obvious to all of us, there is no causal link.  Hence, the dialogue is funny.  Can you find a better illustration? 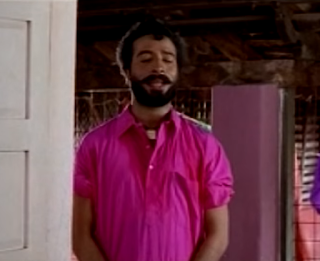