By Divakaran March 10, 2019
I was not impressed by Kumbalangi nights.  I don't mean to say it is a bad film.  It is certainly worth watching.  The cinematography is extraordinary.  Also, it has its moments - nice little dialogues.  But with all that, it is just an average film, or so I feel.  As I had explained in a post before, people expect explanations when you express dislike.  Actually, I wouldn't say I dislike, but I did not like it as much as others - the people I talked to.  And, in this case, I think I understand some of the reasons.  And I will be sharing those reasons with you.

What do you feel when you hear someone saying "These impoverished people are so lucky.  Wish I had a skinny body like them"?  Movies like Kumbalangi nights elicit the same emotion in me.  The major problem poor people face is lack of money.  If you make a movie on the poor and completely take money out of the equation, that makes no sense.  Kumbalangi nights does precisely that.  Not even once had they showed them struggling for money.  On the other hand, Bobby is unemployed, but he is always so well dressed, travels in a bike, has plenty of money for alcohol etc.

Perhaps this can be better understood by an analogy.  It is clearly mentioned that their house is next to the "shit heap".  So most probably the place might be stinking.  It is highly likely that the place is infested with mosquitoes.  But when we watch it from the security of a theatre, we see only the visual beauty.  It is this romanticisation of the poor that I dislike.

Let me stress that, I by no means am trying to say that poor people can't be happy.  It just needs more nuance.  My favourite example is "Kakka Muttai".  I think the Tamil film industry does a much better job of portraying the life of the poor.  Even in Malayalam, some movies, like Kammattipadam, does more justice.  I am not against romanticisation.  "Maheshinte Prathikaram" romanticises the idea of Nostalgia and I loved the film.  There are types I like and types I dislike.  I feel this particular type is a bit patronising.

Apart from this, I feel the storytelling is very lazy.  Although there were some interesting ideas, the two major twists fitting, these ideas into a coherent whole, - one before the interval and the climax -  felt very forced.  I will be explaining why I did not like the two twists so there will be spoilers ahead.

Character changes induced by dramatic incidents are less appealing (to me) than gradual change induced by many small incidents.  The transformative power of death, though used very often, appeals the least unless used exceptionally well.  In Kumbalangi nights, Murugan did not have enough screen time for his death to make an impact.  The impact had to come from empathy for Saji.  If the relationship between Saji and Murugan was well developed, the impact of the death of Murugan would be akin to the sudden loss of a friend.  However, the relationship between Saji and Murugan was not well developed and thus it failed to create the necessary impact.

The climax is worse.  I might have been more positive about the film if the film had a different climax.  A psychotic villain (reminiscent of The Shining), felt totally out of place.   The spookiness of Shammi's character comes from his craftiness.  For example, it was certainly wrong to throw Nylah and Bonny out of the homestay run by Baby Mol, without even consulting her.  But, Baby Mol was helpless because he was just following the rules.  He was really scary at this point.  He could have done something similar even now.  For example, he can just sulk till morning (as he had done for some time) and when his mother-in-law is awake, play the victim - "My well-intentioned actions are not taken well.  I am clearly not treated one among you.  I thought I will have a family once married. Turns out, I am still an orphan".  He would have had his sweet victory.  He had used his mother-in-law before and he could keep using.  Ending the story happily would be difficult, however.  I felt they were desperate for a happy ending.  In that psychotic state, why did he not kill the three women?  He was trying to kill everyone else.  Tying them up in such an elaborate manner did not go well with the psychotic behaviour at all.  His superhuman strength also seemed very unrealistic.  And finally catching him with the net was as cliche as it can get.

Finally, a lot of people consider this a huge attack on patriarchy - Shammi being a personification of patriarchy.  I think nothing can be further from the truth.  Clearly, his mother-in-law (and, I believe, most people in the audience) supported all his earlier actions.  His madness says nothing about the acceptability of those actions.  If anything, the movie reveals the difficulty in opposing cultural norms (like patriarchy).  Cultural norms are generally not enforced through violence but through fear of abandonment or ostracisation.  To illustrate: if Shammi threatens divorce for Simmy's actions, even if Simmy is OK with it, I doubt her mother would be OK with it.  To villainise Shammi they had to make him psychotic and violent.  By doing this they are just appealing to the prejudice against violence and madness prevalent in society.  Chivalry, a patriarchal value, especially condemns violence against women.  In fact, it can be argued that the film promotes patriarchal ideas:
So, if the movie was intended as an attack on patriarchy, then it is a very bad attempt.  Else, I guess people were just seeing what they wanted to see. 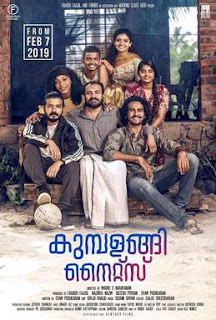