By Divakaran February 19, 2018
Assume a teacher does the following things
1. He misplaces huge amount of money he was entrusted with
2. ‎Puts the blame for the above incident on a student
3. ‎Is married and having an extramarital affairs
4. ‎Is caught red-handed gifting floral undergarments to this other woman.

It is quite natural that the guy loses his job and is abandoned by his wife. And that is precisely what happens in Sherlock Toms to one of his teachers.  What I find very unnatural and weird is that throughout the movie he is ridiculed only for gifting floral undergarments.  I am puzzled as to what is so wrong in buying floral undergarments for your lover.  But, even if it is wrong, it would certainly be much lesser than his other crimes.  But, not so in the movie.  Not even once was he criticised for wrongly accusing his student, even though it is a grave mistake.

The crowning jewel in this irony is that this act of gifting floral undergarments is remembered by Sherlock Tom's father, an Alzheimer's patient.  He has forgotten everything else but remembers this perfectly well.  I think this also ties well with my earlier article on Golanthara varthakal.  Related questions I do not find an answer to.  As I was curious, I had some discussions regarding this.

One possibility suggested to me was that there is nothing comical about the other mistakes.  If so, what is comical about this mistake?  Personally, I did not find it funny.  Assuming others found it funny, I am curious why?  Often, what is behind is our prejudices.  So a deeper introspection is really useful.  For example, many of our jokes have their basis in racism, sexism or some other stereotype.  We Indians are familiar for example with Sardarji jokes.  Many of these jokes ride only on the ridicule people have for them.  They will not have the impact if we replace the character with someone else.  This is a sign of a bad joke.  If the joke has an equal impact if we replace Sardarji with Malayali or Bengali or any other community, I think it is a much better joke.  Even here, I guess it is funny because it is ridiculous.  Bringing back to the question - why is it so ridiculous?  Another answer to my question was the following.  The funniness or the ridiculousness is because it is socially unacceptable.  The social unacceptability, in turn, is because it brings out something which others might be guilty of but would not accept.  It is their own shame that makes it more shameful than the other crimes of which they are not guilty.

That said, there are other harmless jokes whose funniness is equally elusive to us.  For example, why is someone farting funny?  It is true that a significant chunk of jokes is toilet jokes or sexual jokes.  To what extent are these cultural?  There are so many questions in my mind.

Finally, my biggest objection is that just because this is funny the other mistakes should not be completely sidelined.  By doing that you are trivialising those mistakes.  And that is a mistake in itself. 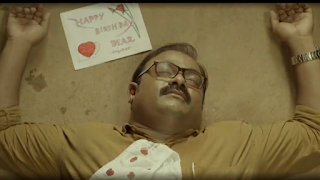