By Divakaran September 08, 2016
I am a huge fan of anime and I have watched several anime. However, no matter how many anime I watch, Naruto manages to remain my favourite. No anime could emote as much as Naruto - it makes me cry, it gives me goosebumps, it makes me laugh and so much more - and it manages to do that every time I re-watch Naruto. What is most surprising is that, there are scenes which made me genuinely scared. I was afraid what will happen to the characters I love, even though it is obvious that nothing will happen to them. For example, Naruto's and Sasuke's first confrontation with Orochimaru at Shi-no-mori (forest of death) is so scary. And not just this fight, there are so many fights where you feel that fear. I quoted this example, because this fight scared me the most. I don't remember getting scared while watching other anime. Anime in general are good at making you cry or give you adrenaline rush, but this is unique to Naruto. There are anime which has made me cry as much as Naruto, but in giving adrenaline rush, I think, Naruto is superior to almost all anime.
Naruto also has the best fights in any anime. Generally fights in anime focus either on stylishly portraying powers/techniques/jutsu or focus on hero's strategies. Anime like One piece or Bleach are perfect examples of the former. There is hardly any strategy in most fights - they are brute force fights. Dragonball Z is perhaps an even better example. There is a clear measure of battle power in it! Good examples for the latter are anime like Code Geass or Log Horizon. Naruto has a good mix of both. Almost all fights are more involved than a brute force fight and some fights will just leave you surprised. I think the animators also played a laudable role in making the fights in Naruto extraordinary. Naruto has the most well animated, fluid fights. This made even some of the simplest fights so beautiful. As an example I would like to recall the small fight by Kakashi-Obito duo in Kakashi gaiden. And, fights form no small part of Naruto.
Then, there are so many well developed characters in Naruto. And, they are all so lovable. You develop a deep connection with the characters and would love to be with them. This, I think, is a major reason why one can re-watch Naruto so many times. I am yet to see an anime in which there are so many characters close to my heart. As characters in anime often fall into simple types, this plethora of characters also helps you, when you want to explain a character in another anime to someone, who has not seen it, but has seen Naruto.
That said, if you are new to anime I would like to warn you something. Naruto like many other anime has many episodes called fillers, which do not really advance the plot. And, most of these fillers are really bad. So, if you value your time too much, you may choose to watch only the main story. For filler lists check these links - http://www.animefillerlist.com/shows/naruto, http://www.animefillerlist.com/shows/naruto-shippuden
Furthermore, I am also one of those who are extremely disappointed with the last arc. So, personally I have decided to treat the last arc as nothing more than a filler. For me the story ends with Pain arc. All the positives I mentioned are about the main story line (excluding the fillers) till the end of Pain arc. Even in this selection you can still find flaws. Naruto is not at all flawless. Masashi Kishimoto Sensei (the author) is like an eccentric student who aces one test and flunks the next. But, his best performance is better than anybody else's. Moreover, this best performance is quite frequent. It is by this best performance analysis, that I consider Naruto best. Otherwise, so many anime would be better. I hope to write about that later.
It is difficult to cover everything I want to say about Naruto in just one post. It deserves several posts. This post is just a harbinger of the many posts on Naruto that is to follow. 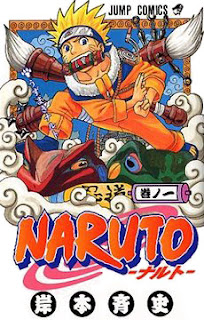